I’m searching for any other work which could be given to Ghurahu. He may need support at least in this month, till the usual customers come back in sufficient numbers.

He may be around 45-50 years old. His children are making or trading in ornaments in villages nearby; a traditional work as per their caste. It is a bit strange that even a very small village has a saraf (सराफ – person dealing in ornaments). Very poor people also have some ornaments, may be of silver or other Inferior metal.

But Ghurahu is tailor, not a saraf. He sits in front of a shop in Mahrajganj town bazar, with his feet operated sewing machine and a chair. Must be getting reasonable work in normal days. During marriage season, he becomes very busy. It is very difficult for him to meet delivery deadlines in those days.

When I shifted to this village, Vikrampur, I had thought that for many years, probably up to decade, I will not need any new clothes. But within six months I needed a Kurta. That is how I came to know Ghurahu.

Initially, Ghurahu (घुरहू) was reluctant to divulge his name – a very old fashioned name according to him. But later I found there are many people, some in very younger generation also, with old fashioned names. Despite his old fashioned name, he stitched Kurta to my satisfaction. So name has nothing to do with craftsmanship.

Recently, I had a feeling that the workers in village are facing tough time due to Lockdown. It has became my habit to ask anyone I meet, how he is able to cope up the Lockdown hardships. I asked Ghurahu also.

He was candid in accepting that there was no work for him. No customers and no festivities needing new clothes. Survival was tough. Even with easing of Lockdown, the stitching jobs have not surfaced. It might be due to lower priority assigned to new clothes in economy in tatters.

I needed two pajamas. Immediately I went to fetch cloths and gave the job to Ghurahu. He stitched those the next day and got 200 rupees. I have given him some additional work of making half pants. He said he does not do stitching of half pants and might spoil the cloth, and better I buy ready made stuff.

Still, I wanted to give some work to him. I told him to make half pant any how. Mentally, I was ready to risk 400 rupees on half pant, if it tuned out to be worthless.

However Ghurahu did reasonably decent job with the 90 centimeter cloth which I purchased and gave him for stitching. In any case, I’m not a very fashionable person and village standards are not very demanding. My wife is the only critic of my dress sense, and she approved of the work done by Ghurahu.

I’m searching for any other work which could be given to Ghurahu. He may need support at least in this month, till the usual customers come back in sufficient numbers. Meanwhile, Ghurahu has started going to Mahrajganj and started getting some work. 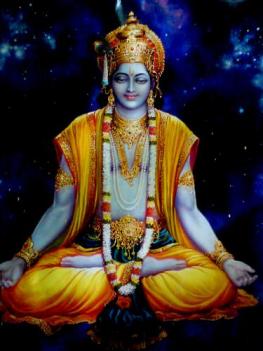